Uncovering the History of Foxholes: Our Timeline

Following the launch of our ‘History Hunt’ in April 2020 to help uncover the long and eventful timeline of our striking central building at Foxholes Care Home in Hertfordshire, we’ve been overwhelmed with information sent in by the public!

While our 163-year-old building is known to have been a former maternity ward, Catholic boarding house, and care home, tying down its colourful history to fill the gaps has been quite the challenge, with a few blanks left scattered across its timeline.

We launched the appeal for information in the hope of finally completing the timeline puzzle, so we can create a book on the history of our home, and a special ‘wall of memory’ in the entrance of the home that tells everyone’s story.

With the help of the Hitchin community, we’ve managed the fill in the key dates of the below timeline: 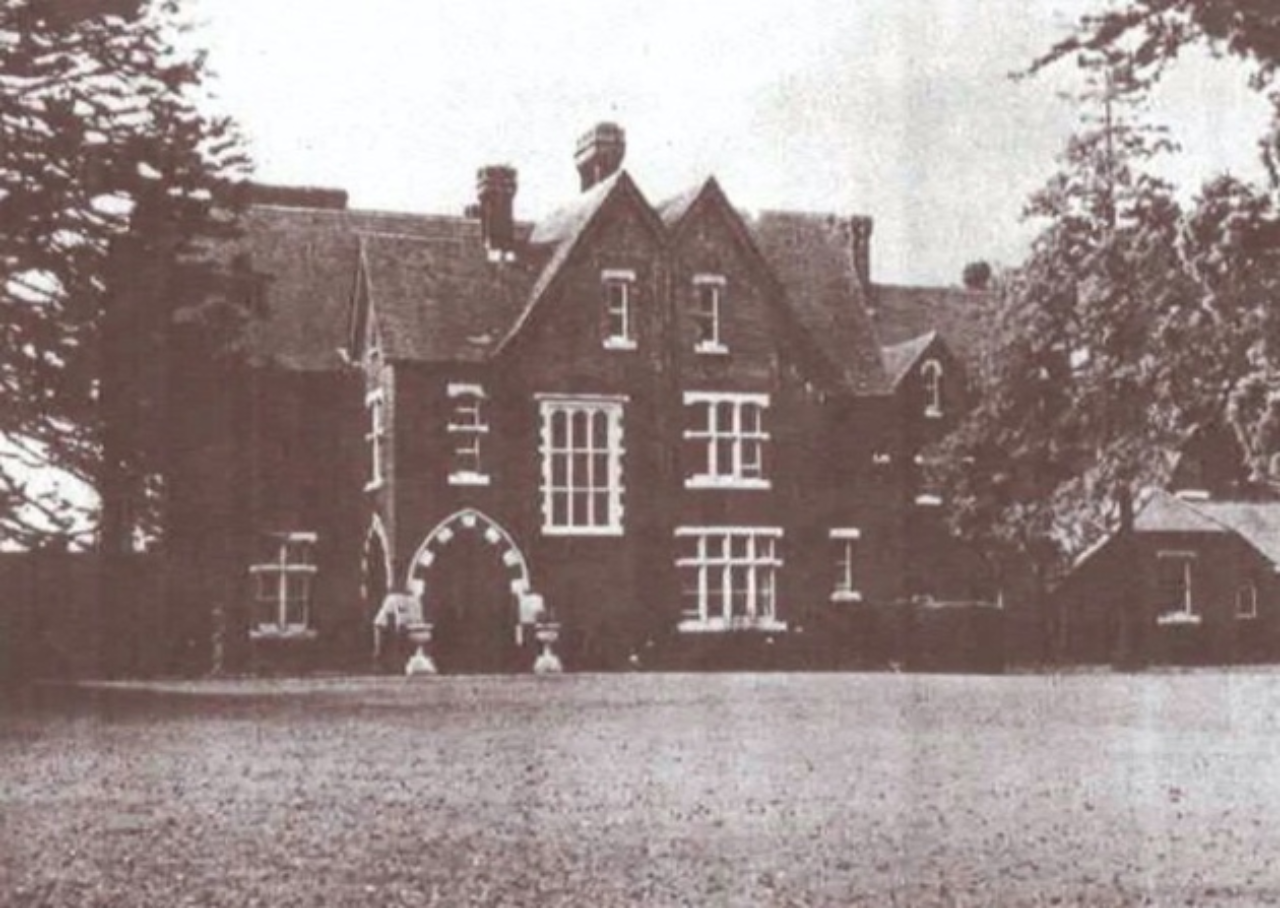 1877 – Built in 1877, the imposing building started life as a Manor House. It was built by Quaker Francis Lucas, a banker, for his son, William Tindall Lucas, and his family – there is a road named Lucas Lane after the family, just north of the care home.

1880 – A series of Roman ‘finds’ were discovered two feet below the surface of the kitchen garden of the new house, including knives, brooches, coins and ornaments.

1920 – When William moved to The Hall, Welwyn, Foxholes became the home of Sir Philip Henry Devitt, of the ship owning company Devitt & Moore.

1923 & 1924 – Sir Philip bought Samuel Lucas’ orchard and garden immediately to the east of Foxholes in 1923 and the following year he bought Albert Nicholls’ former orchard and kitchen garden.

1926 – A fete was held in the grounds of Foxholes for Sir Philip’s wife, the secretary of the Hitchin and District Diocesan Girls’ Aid Society.

1930 – Sir Philip then bought William Kitchener’s garden, but this land was not incorporated into the grounds of Foxholes. It is believed that Sir Philip may have been seeking to protect Foxholes’ rural surroundings following Hitchin Urban District Council’s 1926 town planning scheme, which envisaged a new road through Crow furlong with the orchard being zoned for housing, as well as new roads to the east and north.

1939 to 1951 – During the Second World War, although the house was still owned by the Moss family, it was requisitioned by Mile End Road Hospital. It also became a maternity home, and then a rest home for the elderly serving the people of Hitchin and the surrounding area.

1960s – After standing empty for five years, the building was purchased in 1960 to be used as a Catholic boarding school for boys – St Michael’s College. The site was also used as accommodation for retired priests, as well as visiting priests from Europe.

1968 – The college closed and moved to a new site in Stevenage.

1972 – The building provided accommodation for five former members of staff, who were temporarily vacated so the building could house Westminster Choir School while their premises were renovated.

1987 – The building became a nursing home for the general public.

2010 – The old nursing home is demolished following a £6.75m cash injection to transform the building into a luxury residential care home.

As well as helping to fill in the timeline, local residents have also been sharing their personal stories and memories connected to the building. One local resident, Gordan Woods, shared that he was born at Foxholes in 1944 when it was a maternity ward, and that an unexploded bomb caused plaster from the ceiling to fall near to where he was sleeping when it landed nearby.

Another local resident, Bob Sibley, sent in a photo of his boarding mates from when he attended St Michael’s College. He remembered the grounds back then having a football pitch, bullock stables and an apple orchard. He described playing football in knee-high grass and avoiding the cow pats as quite the challenge!

Bernie Cotton shared that he was born here on 5th July 1948, five days before the NHS was founded. He has another connection to the home now too, as his mother, Helen Stewart Cotton, now resides with us at our care home in Hertfordshire!

One recent story sent in by local resident Richard Blake details his childhood in Hitchin and his father’s friendship with a priest at Foxholes called Father Lemon. Richard recalls his parents telling him that Father Lemon had come to Foxholes after helping prisoners escape back to the UK when he lived in Switzerland/France during the Second World War. Father Lemon would often invite the Blake family to relax in Foxholes’ grounds and Richard has fond memories of picnics, football, and even holidaying in a caravan onsite!

North Hertfordshire Museum also contacted us to reveal that they have a collection of Roman objects on display that were excavated from the kitchen garden by the Lucas family. The artefacts include knives, jewellery, pottery, and cutlery.

Overall, the responses we’ve received since launching the appeal for information have been astonishing. So many people from the Hitchin area have got in touch to share their stories, and we’ve even had information sent in from as far afield as Switzerland and California! From this, we’ve managed to paint a clearer picture of how the building has been used over the past 163 years.

A year ago, we had virtually a blank canvas when it came to documenting the history of Foxholes. Now, thanks to the generosity and support of the local community, we have uncovered so many incredible stories linked to the building. We can’t thank everyone enough for sending in their connections. It’s been overwhelming to say the least!

Now, with it being Family History Month, we’re doing one last appeal for information. There is still not an awful lot known about Foxholes between the 1960s and 1980s, so any more information the public may have that would help us uncover the history of Foxholes would be very much appreciated. Please do get in touch!

Alternatively, please do browse our website to discover more about the care we offer.